“It’s so fine and yet so terrible to stand in front of a blank canvas.” ~ Paul Cezanne

Fear is the one thing that can stop any progress from being made. Fear of failure. Fear of success. Fear of change. Fear of the unknown. As an artist I struggle with fear constantly, however fear is also what urges me on. I will sit and stare at a blank canvas, afraid of putting that first stroke of color on the pristine surface. What if I put it in the wrong spot? What if it comes out looking like crap? What if nobody likes it? What if people discover that I have no idea what I’m doing? Then I role my shoulders back, sit up straight, and say, “What if it frees my soul?”

Welcome to my fear.

We can sit and stare at the blank canvas in the hopes that inspiration will come.  We can leave the canvas sitting in the corner of the room waiting for the moment when it will come alive.  In the meantime, it’s only collecting dust.  Take this first blog for example.  I stare at the blank screen with the cursor blinking at me as if saying in Morse code, “w.r.i.t.e.m.e”  a constant nagging that raises the blood pressure.  Let me tell you, that cursor has been blinking at me for 3 weeks now.

I have found that facing my fear head on is the only way I know to conquer it.  Now fear and I may end up having a staring contest that lasts for weeks, but eventually fear will blink.  It always does.  The same principle applies to the blank canvas.  That painting is not going to magically paint itself, (although that would be pretty cool to watch).  At some point I have to put that first stroke on the canvas.  This may sound crazy, but I have found that if I just put a small dot of paint somewhere on the canvas then the fear of the stark, white canvas is minimized.  It will still nag at me, just like that blinking cursor, but the canvas is not nearly as pristine as it use to me and I have claimed it as my own with one simple stroke. 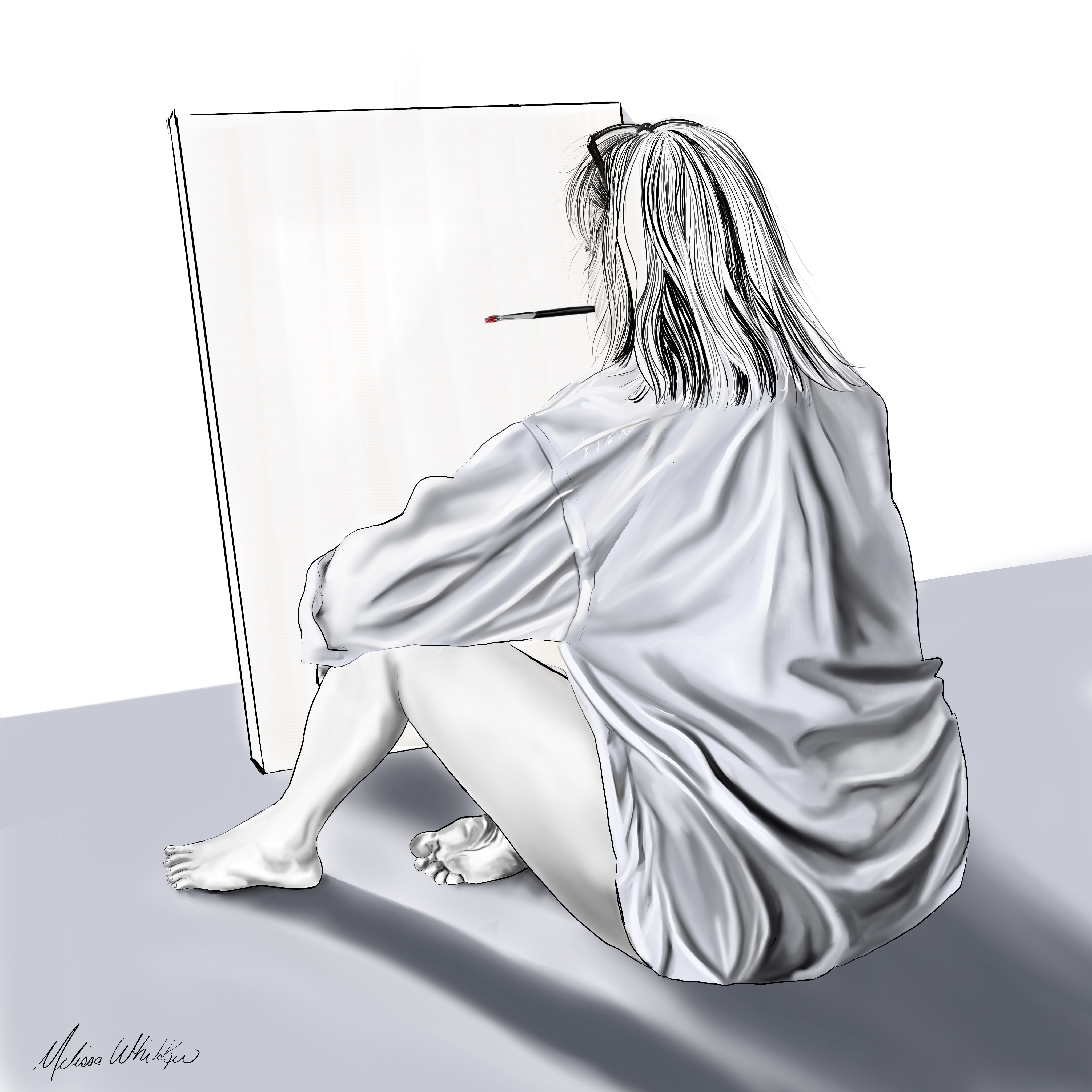 3 thoughts on “Addressing the Fear”

Share This
We use cookies to ensure that we give you the best experience on our website. If you continue to use this site we will assume that you are happy with it.AcceptPrivacy Policy